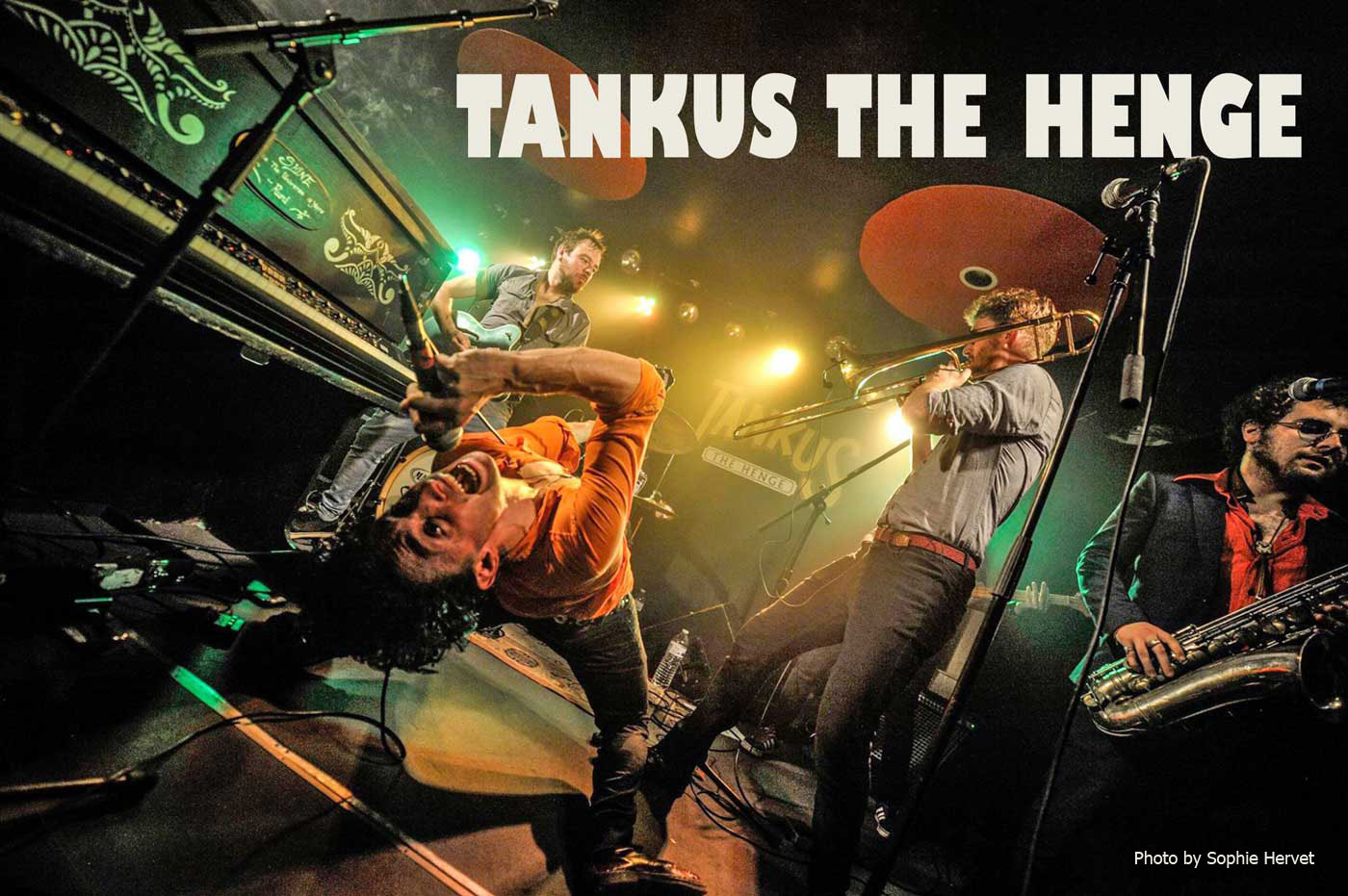 A genre bending, never ending, furious and joyous force. On the road most of the time, defined by movement, groove and the search for adventure, Tankus the Henge have been making and breaking their own rules for a while now.
Originally based around the songwriting of singer/pianist Jaz Delorean and inspired by the hard graft ethics of an early 20th Century travelling show, Tankus the Henge will often play upwards of one hundred gigs a year in Europe. They have performed on stages across the world, from New Orleans to Albania, most places in between, including Glastonbury Festival, Montreux Jazz Festival, WOMAD, and countless others.

Their funk-fuelled repertoire is wildly eclectic, ranging from explosive rock riffs to New Orleans swing, and an insatiable love for a good singalong round the piano.

“What do they know that we do not know? And most importantly, how could we have lived without them for so long?”
Rolling Stone France

“That’s wonderful, ..I love that. It reminds me of a mixture of early Kinks, Squeeze and a bit of Blur mashed in. His voice is his own, …so great. I love it.” (Smiling Makes The Day Go Quicker) Dave Davies – The Kinks

“Like The Clash from New Orleans” – Nikolaj Torp Larsen – The Specials

Jaz spent years working in the funfair and circus world, so the idea of running an independent rock ’n’ roll band in a similar way made sense – relentless touring, a bus full of vagabond musicians, and everything original, live and grassroots. Gradually, through two albums and a marvellously shifting lineup, the Tankus the Henge sound was conceived.

Tim Fulker (guitar) joined just before the self titled debut was released and hurls his unique concoction of huge riffs and fingerstyle playing into the pot. With Jaz and Tim stomping around at the front, the Tankus horns, George Simmonds (trombone) and João Mello (sax, keys, guitar) add wooze and spectacular fireworks on top of the rhythm section powered by Franco Pellicani (drums) and Dan Hipkin (bass). Dan has taken over live bass duties from Tom Sinnett who has stepped back to concentrate on studio work and string arranging.